Find out about our new Jobs & Gigs section.
Art & Artists
Challenging the Sacred and the Profane 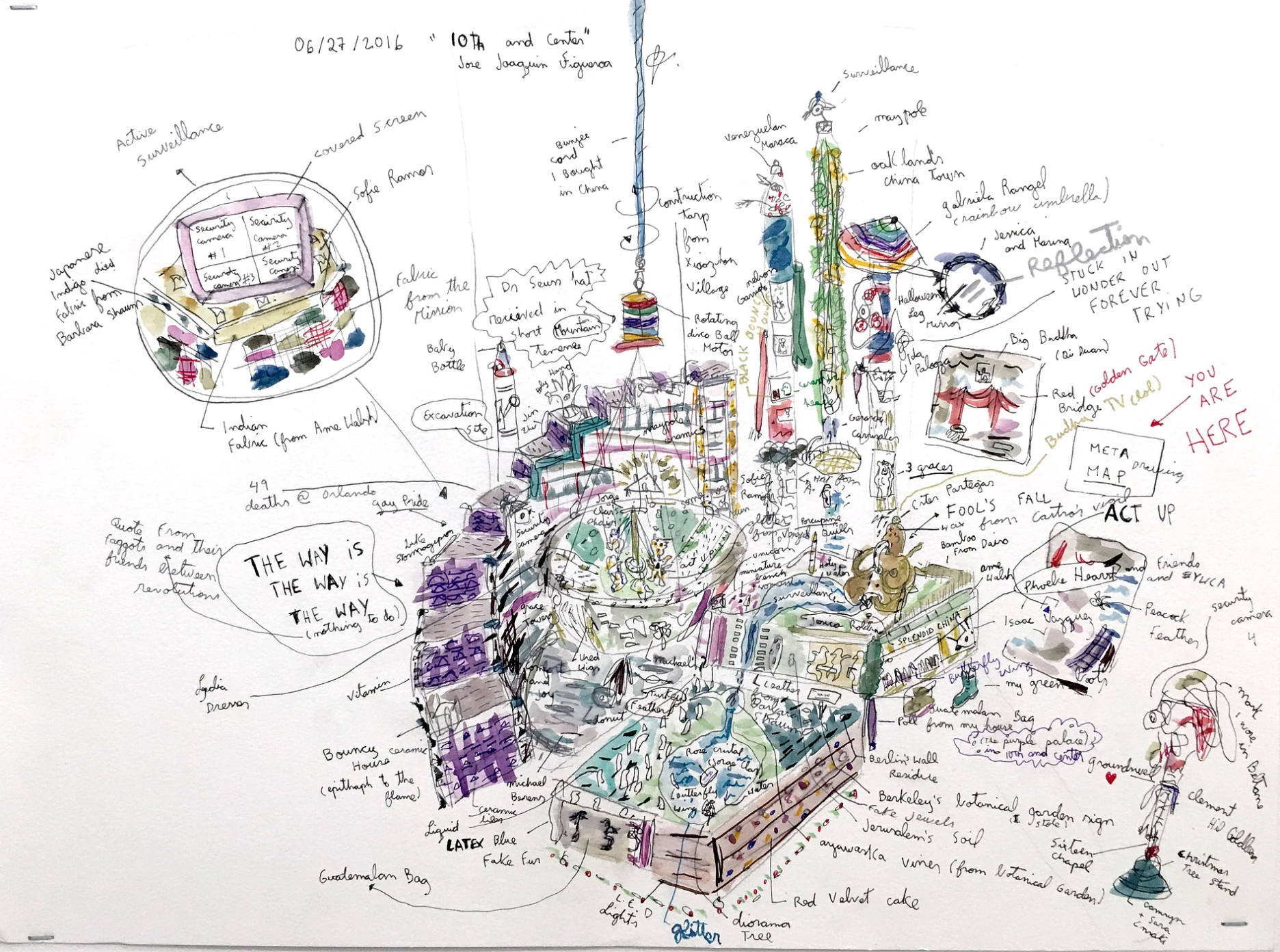 Challenging the Sacred and the Profane

Our current Artist Feature is Oakland based artist, José Figueroa.

José Figueroa is a self-proclaimed impressionist from Caracas, Venezuela. Recycling past styles and themes within a modern-day context, his work reflects upon the fragility of fleeting moments, the complications of interlayered identities, and the failure of a single perspective.

José considers his large body of work a “multimedia fictional theme park” that challenges the separation between the sacred and the profane. Each of his projects, such as Yet Another Wonderland and 10th and Center, serve as attractions within the theme park and investigate this larger idea. To him, the theme park exists in a constant state of building, reminiscent of limbo.

Recently, José lived and worked in close proximity to Claude Monet’s estate in France for nine weeks, tracing his lineage to the Impressionist style. By the end of the nine weeks, José produced several drawings, paintings, and a collaborative documentary. Additionally, as an affiliate artist at the Headlands Center for the Arts, José is currently producing a series of au plain air paintings of the Golden Gate Bridge and other sublime landscapes located within the Marin Headlands. These two projects will eventually come to exist together in José’s larger theme park.

José attended the Skowhegan School of Painting and Sculpture in 2009, received his B.F.A. from the Cooper Union in 2014, and completed an M.F.A at U.C. Berkeley in 2016. He has exhibited at Southern Exposure, Embark Gallery, and Root Division, all located in San Francisco; the Museo de Arte Contemporaneo in Bogotá; and New York’s Longwood Arts Project.

Listings Project Artist Feature is an initiative to celebrate our community by sharing the work of artists / creatives who use and love Listings Project. Right now more than ever, artists are crucial. We want to reaffirm the essential role artists play in creating positive change.