Find out about our new Jobs & Gigs section.
Art & Artists
Chemi turned his apartment into a gallery 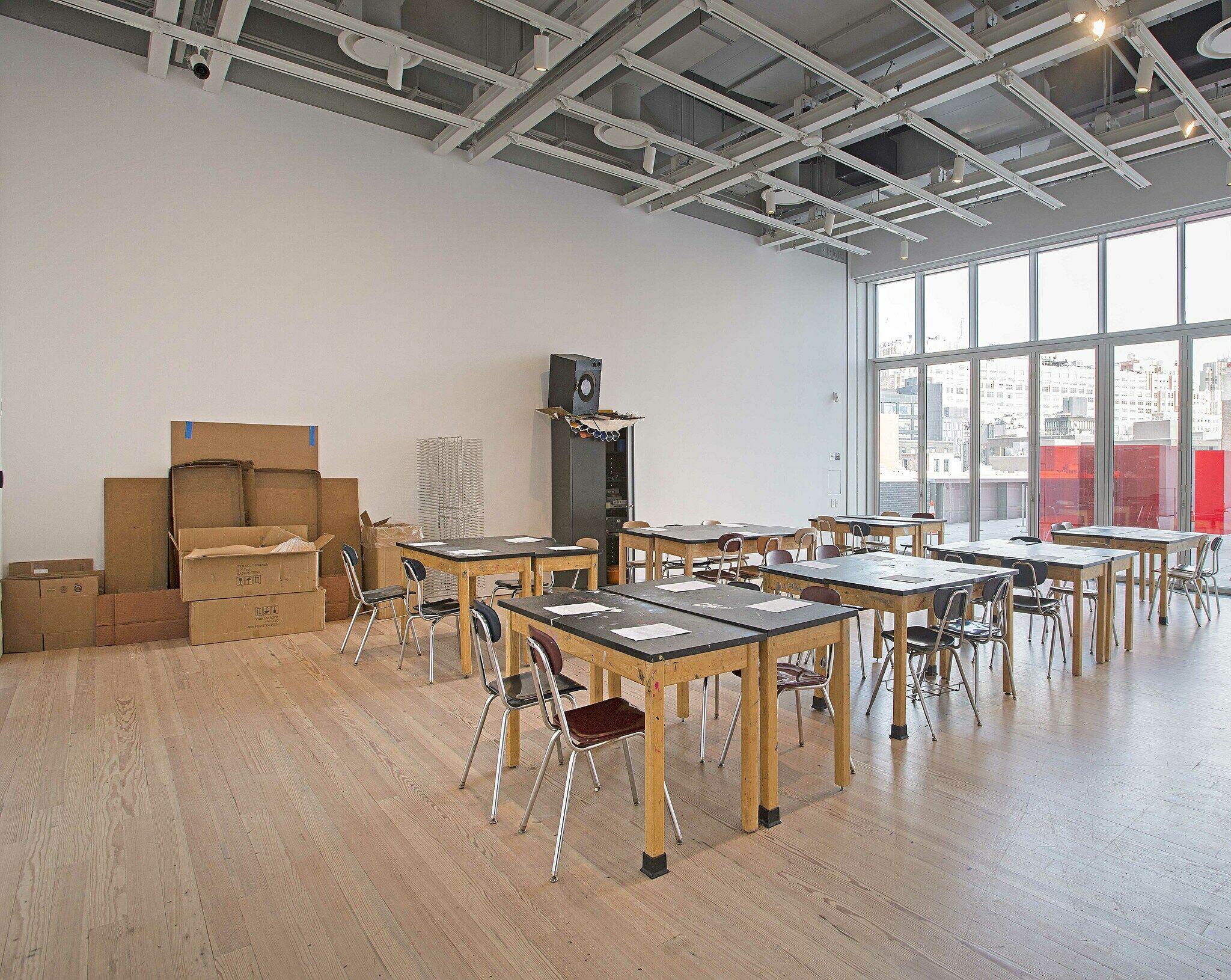 Chemi turned his apartment into a gallery

Chemi Rosado-Seijo is a Puerto Rico-based community-minded artist and has been a part of the Listings Project community almost since the very beginning. Chemi creates with people living in the communities his projects exist in. He seeks to bring together people who would otherwise not converge.

Chemi’s project, Salón-Sala-Salón (Classroom/Gallery/Classroom) is part of the 2017 Whitney Biennial. With this piece, Chemi moved a gallery from the museum to the Lower Manhattan Arts Academy, a public high school. A classroom from the school has been moved to the Whitney. Students from the school meet in the museum for their lessons over the course of the Biennial, and works by Biennial artists Sky Hopinka and Jessi Reaves are on view in the school.

For 15 years, Chemi has worked with residents of the El Cerro community, a neighborhood south of San Juan Puerto Rico, to present public art projects, workshops and other community initiatives. Since 2009, he has been organizing exhibitions in his apartment, creating a center for meeting and exchange. Chemi has participated in numerous exhibitions and biennials including the Whitney (2002, 2017), Prague (2005), Havana (2006), Pontevedra (2010) and Museo de Arte Contemporáneo de Puerto Rico (2014).

Photo by Bill Orcutt for The Whitney Museum of American Art