Find out about our new Jobs & Gigs section.
Art & Artists
Artist Peter Fodera Died and Came Back to Life 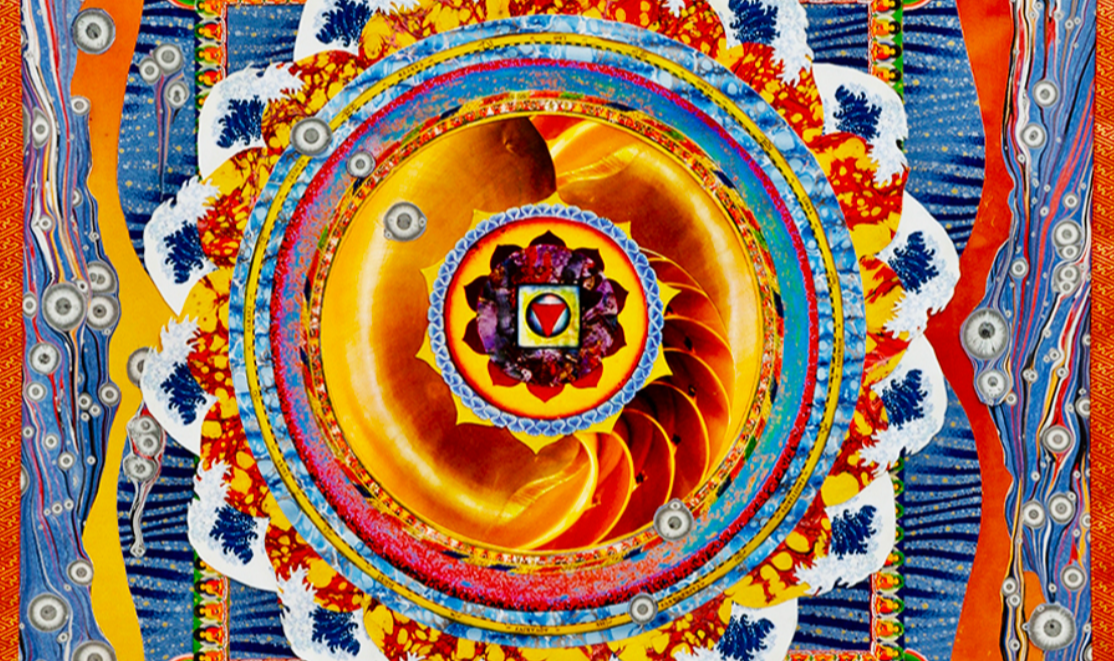 Artist Peter Fodera Died and Came Back to Life

Now he’s using his intuition to discover what he’s here to do.

On Valentine's Day of 2020, just before the COVID-19 pandemic engulfed the United States, Peter Fodera died. He was teaching a 5Rhythms dance class in a church when he had a heart attack. A student and former member of the Israeli army immediately began CPR while the other students gathered around him in a circle holding hands. By the time he had been transported to the hospital, the doctors gave him a less than 5% chance of surviving.

Meanwhile, Fodera, a 5Rhythms teacher, art conservator, and collage artist, was having a remarkable experience. He found himself in the company of his deceased brother, father, and wife of 47 years, all present as energy forms. “You’re not done Peter,” his wife told him. “You’ve got to go back.”

When he returned from the dead, his daughter gently chided him for not asking his wife what specifically he was meant to do, Fodera shared with a rueful laugh. So now he begins each day by meditating on the question: “What am I here to do?” The answer, he says, will come through intuition, faith, and listening for the signals in the energy around him. He calls this being a “receptor” and it takes practice. 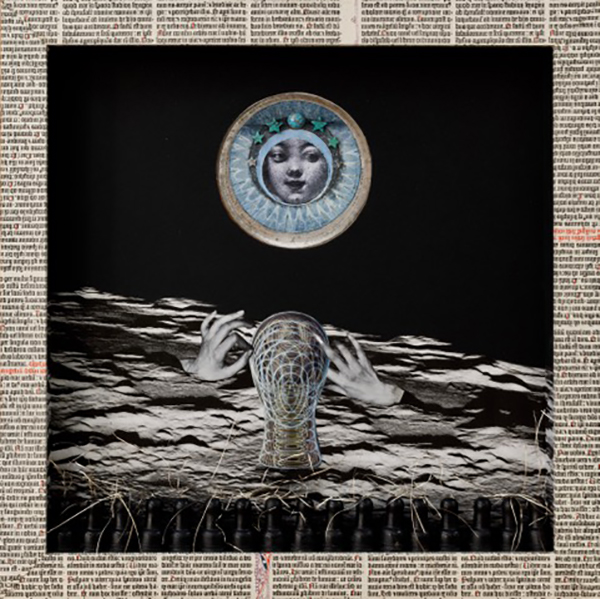 “The best way to be a receptor is to make sure you have clean filters, to really ground and be present for what’s out there,” Fodera said.

He’s not picky about how people get grounded, but some kind of grounding practice is essential.

“I’m a big fan of meditation,” Fodera said, “I don’t care what kind you do, I don’t care how long it is. Breathing meditation just allows me to really let go of the mind, and to center myself in the body, in the heart, and in the belly brain.”

Intuition might be a guiding principle of Fodera’s life now, but there was a time when his work was more about precision and technique (Fodera was a fine art conservator for much of his career before shutting down his practice in 2017). 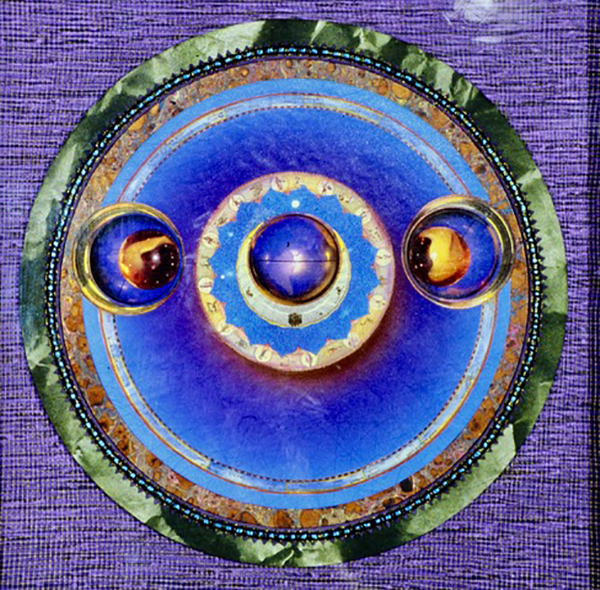 “I spent eight hours a day with a microscope and a two-haired brush,” Fodera said.

That experience shows up in his collages which are highly polished and precisely rendered. For years Fodera, a self-described recovering perfectionist, embraced that precision. If there was printing on the back of the paper, he would wash off the ink. If the paper was too thick, he would plane it down.

“If you passed your hand over my collages, you would think they were photoshopped,” he said. “I realized that I’ve been dominated by my technique, and that’s really a sad place to find yourself.” 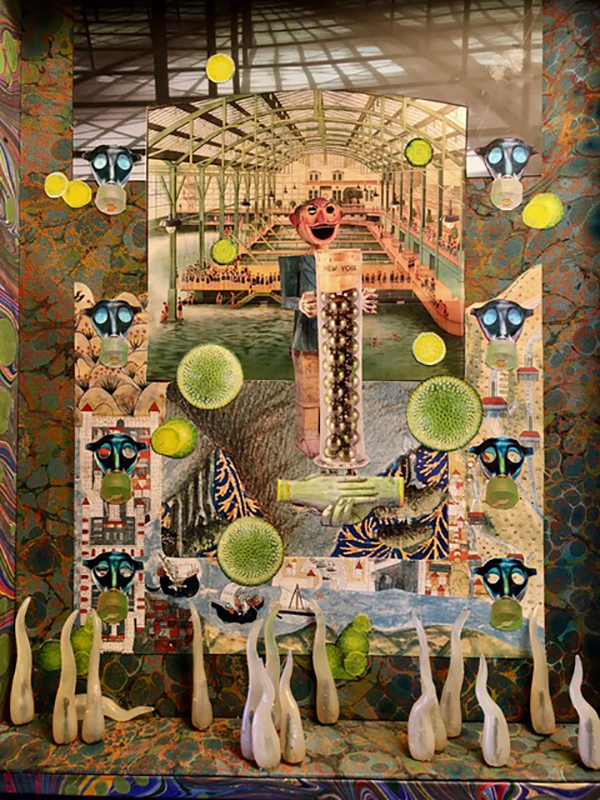 In recent years, Fodera has allowed himself to unlearn some of that precision, to listen attentively to what his intuition is telling him. Sometimes the result is eerily prescient. In November of 2019, Fodera created a collage that included images of people wearing green gas masks, with green orbs floating around Coney Island, and green hands touching each other. At the time he didn’t know what the piece was about, but he now sees it as a premonition of the pandemic.

“I will start working on something, and then it will become clearer and clearer where it’s going, or who it’s for, or what the message is,” Fodera said. 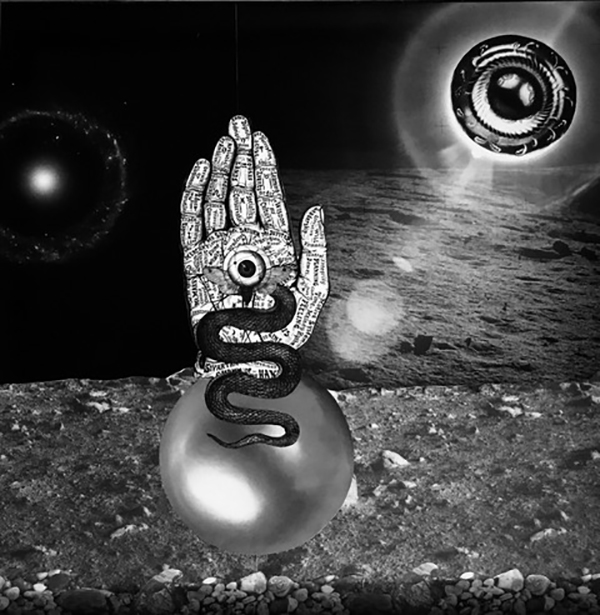 Fodera’s last five pieces have all been in black and white, but true to his process, he hasn’t tried to interpret it too much. He’s starting to think, though, that it has something to do with black and white as absolutes, and how, as he gets older, he’s noticing the gray areas in life more.

“I’m a little slow on the uptake,” Fodera said, “But that’s what I’m trying to be with right now.”

It’s a perspective that feels relevant to this moment in the pandemic when so many people are reflecting on the past year and all that’s been lost. For his part, Fodera sees the pandemic as an opportunity for growth and expansion, though he knows it isn’t easy.

“Expansion is sometimes an extremely painful process,” Fodera said. “I don’t have the answers to all of that, but I just have the willingness to be part of the human being platform that we’re all on.”