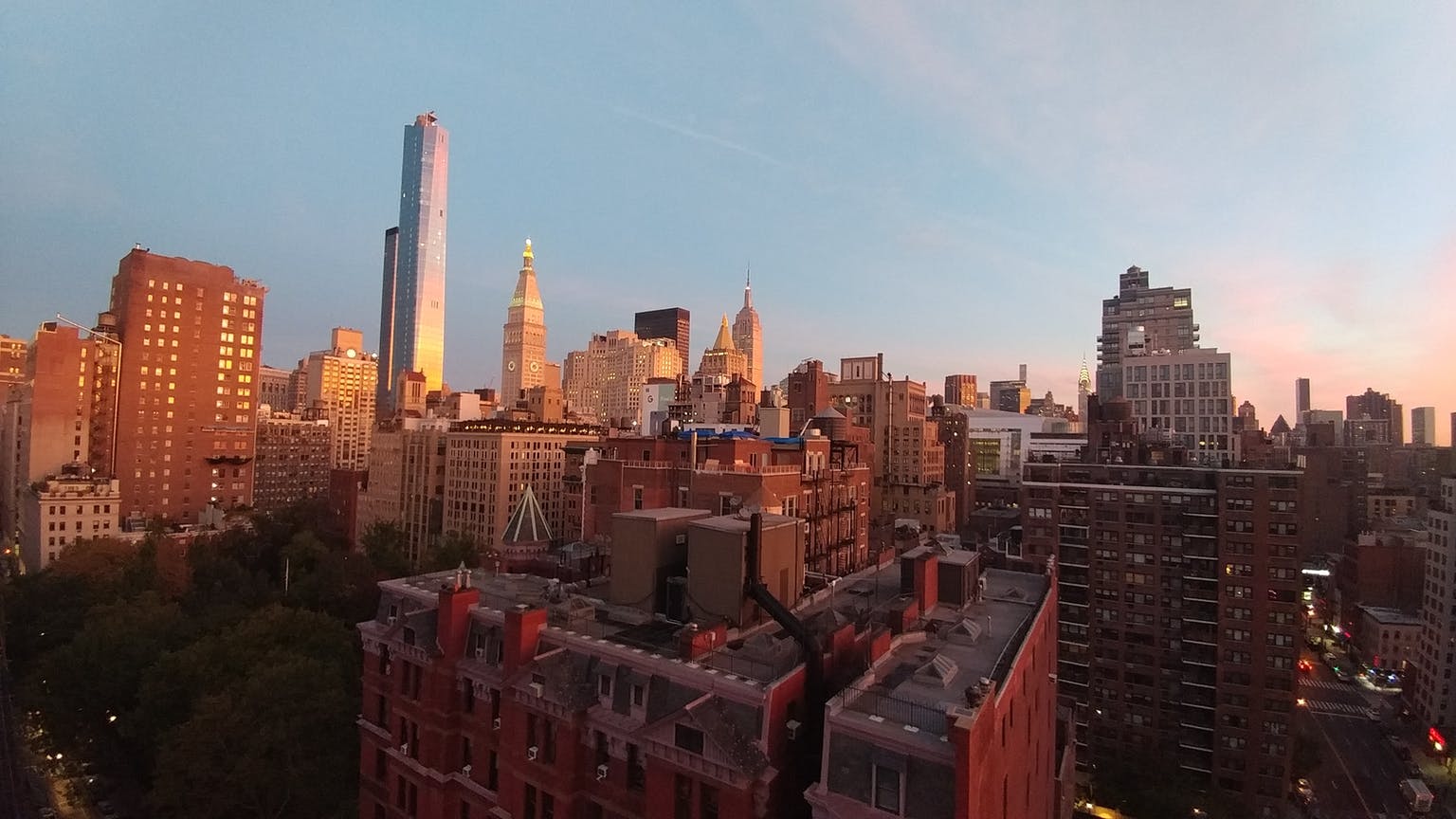 For many landlords and tenants, background checks are a normal part of the housing application process. However, for formerly incarcerated individuals, they are part of a system of discrimination that leads to homelessness, difficulty finding employment and recidivism (that is committing a crime after being released from incarceration).

Stable, affordable housing is the key to successful reentry for formerly incarcerated people. According to a report from the John College Institute for Justice and Opportunity (formerly the Prisoner Reentry Institute), “Housing can provide a springboard for success—a place of stability from which jobs, education, vocational training, mental and physical health services, substance abuse treatment, and community supervision can follow.” But more often than not, for formerly incarcerated people, secure, affordable and stable housing is difficult, if not impossible, to procure.

Considering the number of people in the United States that have been incarcerated or have a criminal record, this is a sizable problem, particularly for individuals of color. According to the Brennan Center for Justice, 70 million people have a criminal record in the U.S. That’s almost one quarter of the population. There are currently 2.3 million people incarcerated in the United States and nearly half of all black men are arrested by the time they are twenty three. According to the Pew Research Center, Black Americans make up 33% of the prison population and only 13% of the overall U.S. population, while Hispanic Americans make up 23% of the prison population and 15% of the overall U.S. population. These disparities are due to rampant discrimination in policing and in the criminal justice system, as well as systemic racism in education and real estate. 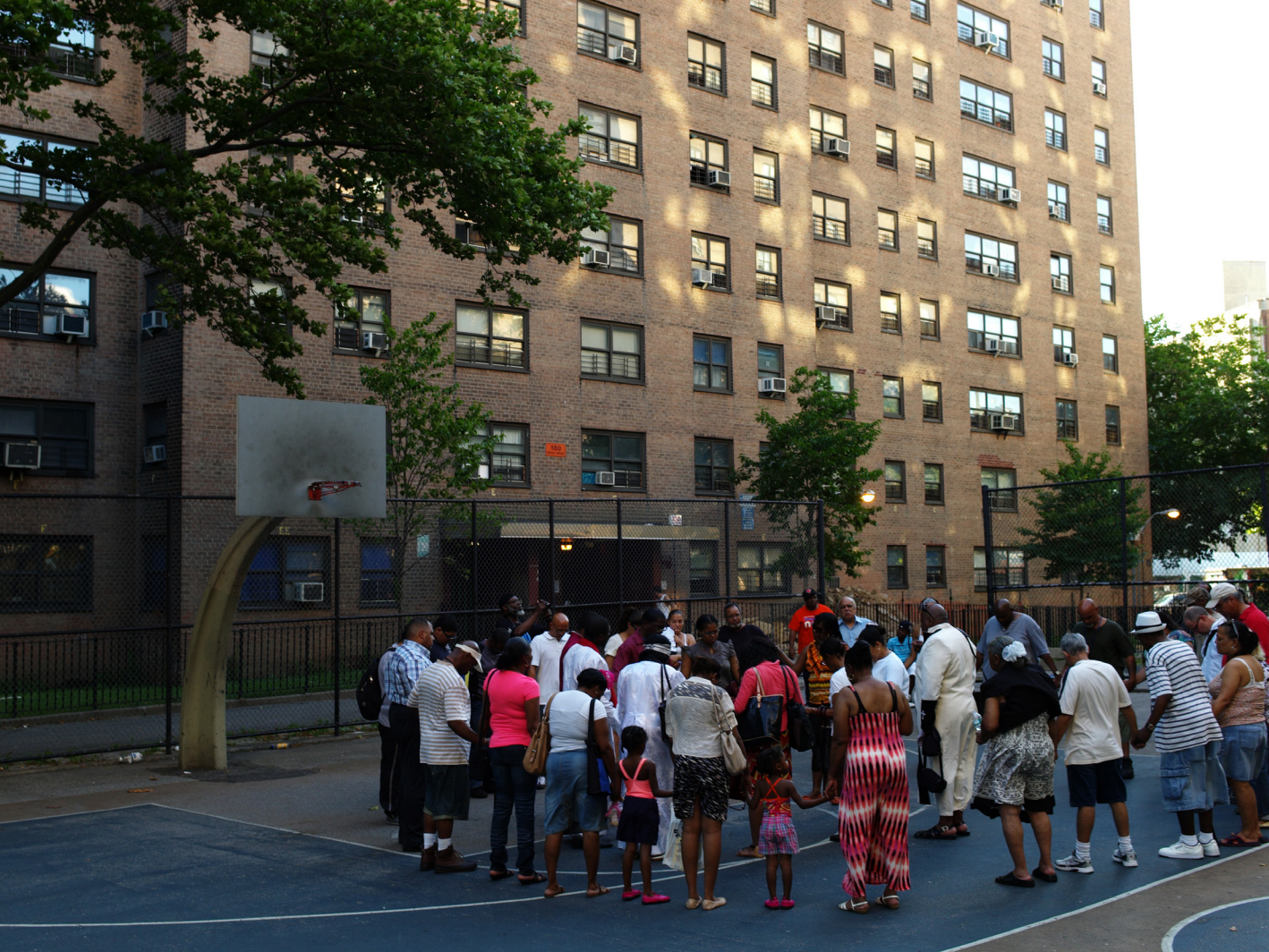 In the private housing sector, where Listings Project operates, the background check operates as the defacto gatekeeper, effectively preventing formerly incarcerated people from even applying. “When our clients go on their own to find housing, once they hear about the background check, they don’t even want to put the application in,” said James Lloyd, an office manager at Exodus Transitional Community, Inc., an organization that delivers programming to adults and youth affected by the criminal justice system.

Lloyd says that the experience of being rejected because of your criminal record is extremely discouraging. “It makes you feel like not trying again,” he said. “It’s a disgraced feeling.” Lloyd believes that feeling is dangerous. Without hope of acceptance, he said, recidivism is more likely.

While background checks are now a common part of the housing application process, it wasn’t always that way. Felipe Vargas is the Vice President of Programs for the Doe Foundation, an organization that helps formerly incarcerated men rebuild their lives.  He was also incarcerated in his youth. He recalls the process for finding housing being much easier when he was first released in 2000. Background checks were not a part of the application at that time, and as long as he could pay the rent, landlords were willing to have him as a tenant. He agrees with Lloyd that it can be profoundly discouraging for people who were formerly incarcerated to experience housing discrimination.

“It is something that really can be destabilizing, particularly in the early phases [of reentry], when someone needs help and is changing their life,” Vargas said. Not only that, but it can push formerly incarcerated individuals into substandard living arrangements, he said.

“I think it should be illegal [to discriminate based on criminal records],” Vargas said. “I don’t think that background checks should be used to qualify people for housing. Because there is no evidence that it makes society any safer,” he added. 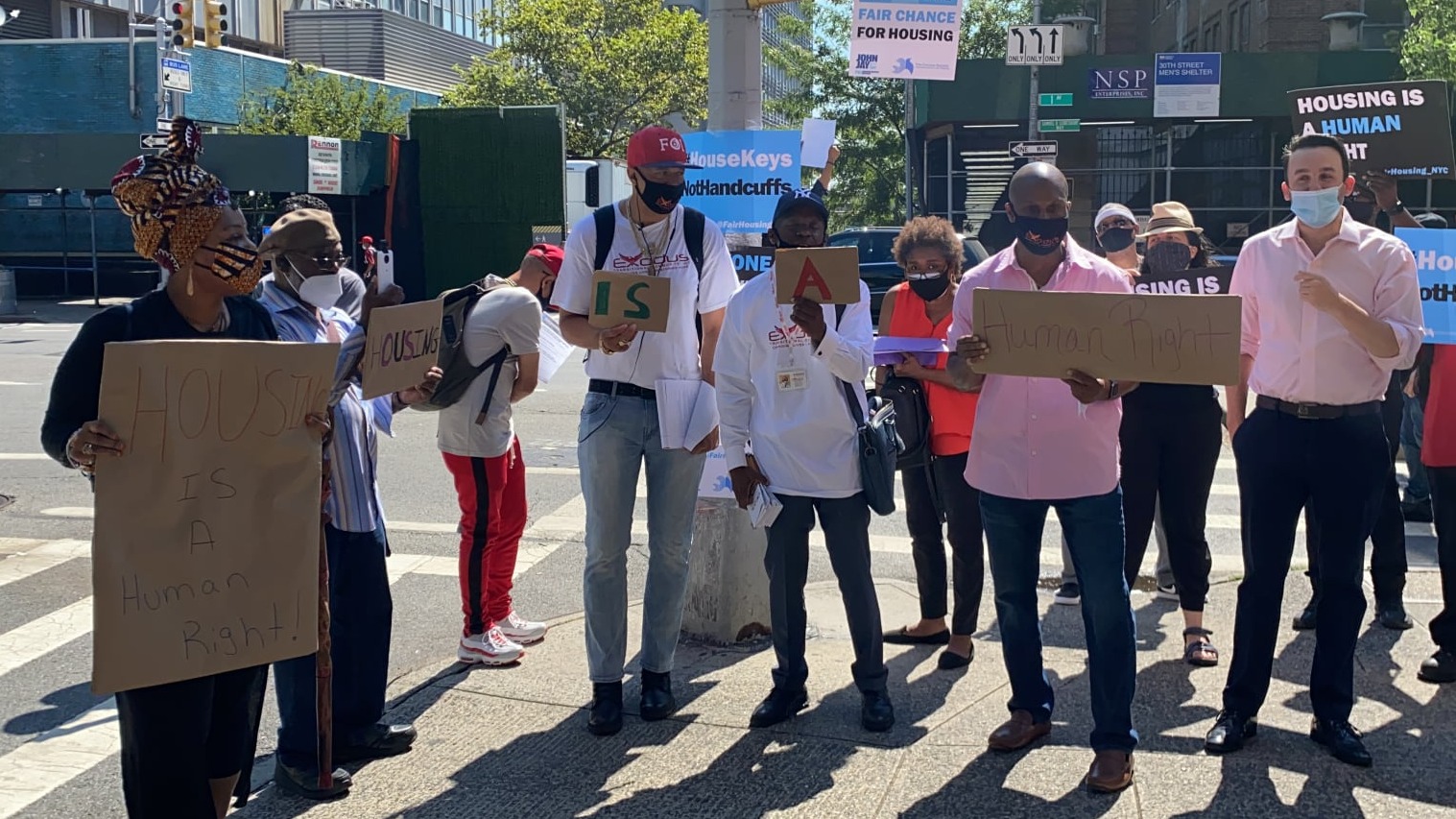 Photo by the Osborne Association

What landlords and lessors need to know

In New York City, background checks may in fact be banned, as part of housing applications. In August of 2020, City Council Representative Stephen Levin introduced a bill to prevent housing discrimination on the basis of arrest or criminal record. The bill currently has eighteen cosponsors, but there is no timeline for a vote. Portland, Seattle and Minneapolis have all passed similar initiatives. But in New York City, the real estate lobby, including the Real Estate Board of New York and the Rent Stabilization Association, opposes the bill.

Even in those cities where background checks are still permitted, a criminal record is not always grounds for refusing to lease to a formerly incarcerated person. According to the Department of Housing and Urban Development (HUD), “A housing provider must show that its policy accurately distinguishes between criminal conduct that indicates a demonstrable risk to resident safety and/or property and criminal conduct that does not.” What this means is that you may not deny someone housing simply because they have a criminal record. Given the racism that pervades the criminal justice system, as well as the high overall rates of incarceration in the U.S., most formerly incarcerated people would not, in fact, pose a demonstrable risk to your property or “resident safety,” and you could be committing unlawful discrimination if you deny them housing.

Finding housing if you have a criminal record

For people who have been incarcerated, the process of finding housing will undoubtedly remain challenging as long as background checks are a part of the application. Vargas says the important thing is not to give up. “Know that there are people out there who will rent to you,” he said.

In New York City there are a number of organizations that can help you find housing. The Osborne Association provides resources and programs for people who have been incarcerated. In particular, they can help you access housing entitlements like vouchers. The Doe Fund works to end poverty, homelessness, mass incarceration, and recidivism. They own and operate a number of transitional housing buildings as well as long-term residential buildings. Similar programs exist in Los Angeles and the Bay Area.

Photo by the Doe Fund

What you need to know about background checks at Listings Project

At Listings Project we recommend against using background checks as part of the tenant application process. That being said, we are cognizant of the concerns that some listers have about individuals who have been convicted of sexual violence. It is important to remember, though, that the vast majority of formerly incarcerated people have not been convicted of sexual violence. There are over 70 million people with criminal records in the U.S., and under one million registered sex offenders. If you are concerned about sexual violence, we recommend you check the National Sex Offender registry. Finally, it is worth noting that background checks can inaccurately indicate that someone has a criminal record when, in fact, they do not. Given these limitations, and the risks of discrimination and harm to formerly incarcerated people, we do not believe that a background check should be used to screen potential tenants or roommates.